LocationDigital Health
DescriptionSubmission Summary: Can Cognitive Assessment Games Save us from Cognitive Decline?

In this summary we will first explain the motivation for cognitive assessment games (Part 1). We will then indicate how the panel will address the question posed in the title of this submission (Part 2).

The Curse of Lost Cognitive Potential

Loss of cognitive potential is arguably one of the greatest impediments to human wellbeing and productivity. For children and youths, cognitive development may be interrupted or limited for many reasons, including pollutants, substance abuse, medical interventions, depression and mental health disorders, and head injuries. For older adults, atypical cognitive decline may occur due to lower glymphatic function caused by poor sleep, depression, medical interventions, and a variety of medical conditions including diabetes, and cardiovascular disease.

You Can’t Manage what you don’t Measure

Our healthcare system does a poor job of managing cognitive development and cognitive decline because it measures cognitive status relatively infrequently and in the limited times when cognitive measures are taken, the instruments used tend to be blunt. In the case of children and youths, cognitive assessment is often seen as an educational tool with “exceptional” children being placed into either special education or enriched programs. However, assessment tools in this educational context tend to use outmoded conceptions of intelligence, or task-oriented abilities (e.g., math and music) that fail to address more modern constructs such as executive functioning, working memory and connectivity between key brain regions. In the case of older people, tests are used to make simplistic judgments (e.g., the Montreal Cognitive Assessment is often used to test for mild cognitive impairment i.e., MCI, while the Mini-Mental State Examination or MMSE is often used to test for delirium). Thus throughout the lifespan, methods of cognitive assessment do not provide a readout of cognitive functions and abilities that is sufficiently detailed to detect causes of accelerated cognitive decline or impaired cognitive development in a way that can guide meaningful interventions.

How Can Cognitive Assessment Games Help?

There are a number of ways in which games can potentially improve the situation, such as:

1. Games can be self-administered, reducing the cost of testing.
2. Games can be fun, meaning that they can be played often, providing much richer assessments of cognitive status over time.
3. Games can target specific cognitive functions and abilities, measuring subtle differences in the timing of responses that may indicate issues with the functions being tested.
4. Large amounts of data, across a range of cognitive functions, some of it collected in MRI brain scanners, can be combined with machine learning algorithm to predict atypical development or cognitive decline in different groups of people, and possibly, individuals.
5. Since games are played on devices, the data is automatically recorded and uploaded to databases where it is instantly available to a wide range of stakeholders in different geographical locations (subject to adequate protections of the security and privacy of the data).

So Why aren’t We Using Games Already?

Like any psychometric instrument, cognitive assessment games need to be validated. Serious games for cognitive assessment have only begun to be used in the past decade and there are many lessons being learned. Attempts have been made to use games for cognitive training (e.g., Lumosity). Even though these attempts have achieved some commercial success, the evidence that brain training works in a general sense is still lacking. Games improve performance on the tasks that they train on, but more general improvements in cognitive functioning have yet to be shown. At present cognitive assessment represents a more attainable goal. Almost any task will require some set of cognitive functions and thus by assessing task performance we can in principle estimate how well the cognitive functions required by that task are working. While the principle of cognitive assessment games is straightforward, in practice the validation of those games is challenging. In recent years there have been attempts to validate games by showing that they can distinguish between groups of people (e.g., MCI vs. No MCI, or Dementia vs. No Dementia). But these kinds of comparisons do not in fact validate the games as cognitive assessments. Measures such as the number of falls a person has, or how quickly they walk may just as easily distinguish groups at some level of statistical significance, but these are not claimed to be cognitive assessments. Ideally games should target specific cognitive functions and should be validated against gold standard psychology tasks for those functions. For instance, a game that targets response inhibition could be validated against the gold standard Go/No-Go task, and a game that targets working memory could be validated against the gold standard N-Back task. But this kind of validation work is challenging and takes time. However, significant progress is being made and there are good prospects for a range of validated cognitive assessment games to become available in the next few years.

We will then open the floor to questions from the audience which can be addressed to any or all of the panel members.
Authors 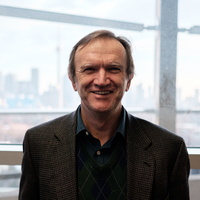 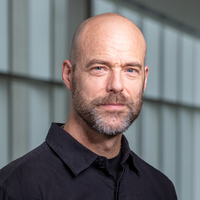 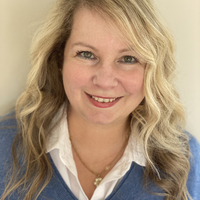 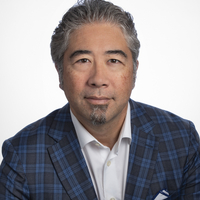