LocationEducation and Simulation
DescriptionIntroduction.
Migration towards risky situations is a major stake in healthcare systems (Rasmussen, 1990). To deal with this issue, methodological tools are required in order to formalize the critical trajectory that agents are likely to follow (Cook & Rasmussen, 2005; Salmon et al., 2017; Morineau & Flach, 2019).
Investigating such a trajectory modeling implies two practical prerequisites: a work domain particularly prone to risk migration that would provide data, and a setting enabling the effective observation of critical trajectories. The observation of medical emergency triage in a simulation environment satisfies these two conditions. Triage activity at the entrance of the Emergency Department is particularly prone to migrations during sorting and prioritizing of patients for medical care. Temporal pressure, difficulties to pronounce on the patient’s state, possible rapid deterioration, and multiple solicitations from a high inflow are some of the factors that may lead to inadequate and dangerous triage decisions. However, potential migrations during emergency triage are difficult to observe in real context. The use of a simulation technique enables the control of contextual variables and the video recording of operators’ behaviors.
With these empirical means in hand, this study assessed the Catastrophe theory as a potential framework to model the generic pattern that would describe the migration trajectory during emergency triage. The Catastrophe theory describes how variables producing continuous pressures on a system result in an abrupt discontinuous qualitative change in the system state at a certain level of pressure (Thom, 1969; Zeeman et al., 1977; Guastello, 1989). Our objective was to explore the possibility to match behaviors and events during triage activity with a Catastrophe model. This model could become a proactive framework with the purpose to anticipate the dynamic of crisis situations needing assistance.

Method.
Four pairs of certified triage nurses were observed during a professional training session. Each pair of participants had to sort and orient 14 patients, each one arriving every 1.5 minute at the Emergency Department (ED). The environment was simulated through a paper 3D projection plan of the ED and patients were represented with small plastic figurines. A triage doctor was available to assist them on request. This simulation exercise occurred after a theoretical course on the application of a new triage ranking scale that participants had to use during this learning exercise. Video recordings were qualitatively analyzed and data on triage performance were computed.

Results.
In the frame of the Catastrophe theory, behaviors revealing either an increasing of disorder in the situation (entropy) or a decreasing are observed. For instance, a missing of response on a request, a lack of verbal coordination between nurses, a precipitate action due to an interruption, a patient forgotten in the waiting room, or a hesitation in patient orientation indicate an increasing disorder contributing to a drift in activity. Conversely, the planning of a patient's pathway through the medical sectors in order to find a solution despite the overflow, task distribution among nurses, helping behaviors between nurses show an increasing of order preventing from a migration towards the risky zone.
In addition, quantitative data on triage ranking performance allows to identify one team that was particularly in trouble. Data show that the triage ranking for this team is not correlated with the other teams and their triage ranking is the one that deviates the most from an expected score.
A longitudinal analysis of this team allows us to use these performance and behavioral indicators to consider in what states the team’s trajectory is located with regards a migration pattern provided by the Catastrophe theory. These evolving states are the following:
- A phase of variation in performance compared with the expected triage scores during which the team produces a set of erroneous triage ranking;
- A phase of instability: The sequence of inadequate triages is highlighted by the triage doctor. That leads one of the triage nurses to justify her previous decisions while new patients are still arriving;
- A crisis phase: The troubled triage nurse loses its bearings, mixes patients together;
- A resilience phase: the second nurse helps the other and manages task allocation to restore some order in the work situation;
- A chaos phase: The troubled triage nurse is mentally disconnected with the situation and disinvested within interactions

Conclusion.
Thus, whilst previous studies have generally used simulation to highlight specific behaviors that may be evaluated as critical, this study shows that the use of the Catastrophe theory allows to consider the dynamic of evolution of the simulated situation in the scope of a possible migration towards a chaotic situation.
Authors 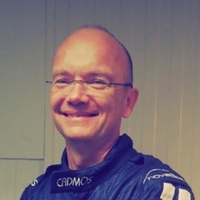