LocationHospital Environments
DescriptionThe field of vascular surgery is rapidly evolving due to the advancements in treatment techniques. Technological advancements allow vascular surgeons to perform ever-increasingly complex surgical procedures which enhance patient outcomes. These new advancements will potentially increase surgeon’s mental and physical demand, placing them at risk of physical pain and development of musculoskeletal disorders (MSDs). Additionally, it should be noted that physical pain may impact cognitive attention resources (Stephenson et al., 2020) and decision-making (Koppel et al., 2017), potentially affecting surgical outcome. While previous reports on MSDs have focused mostly on general surgeon populations and subspecialties other than vascular surgery (Dianat et al., 2018) two recent surveys have highlighted the plight of vascular surgeons. In the first survey by Davila et al. (2019) on 263 clinical vascular surgeons, 54% of survey respondents reported that the pain would eventually impede their capability to perform surgery in the future. The second survey on 775 respondents pointed out that 37% of the respondents had sought medical care for their work-related pain (Wohlauer et al., 2020). With the rapid procedural and technological advancements made in the field of vascular surgery, coupled with the previous reports of musculoskeletal concerns, quantifying the intraoperative workload and postural demand on vascular surgeons will provide valuable information on the physical and cognitive factors that predispose vascular surgeons to musculoskeletal pain and disorders. Such information will be vital to ergonomists in identifying aspects of the surgical workflow that can be targeted for intervention as an effort to minimize workload and the occurrence of MSDs in vascular surgeons. Therefore, the main goal of this study was to quantify the workload and discomfort and identify procedural factors that influence vascular surgeons’ workload.
Both objective (IMU, wearable posture sensors) and subjective (body-part pain/discomfort survey, and the Surgical Task Load Index (SURG-TLX) survey) assessment tools were used to evaluate intraoperative workload during 47 vascular surgery procedures. Also, procedural factors that may influence surgical workload were investigated. These factors were procedure type (open and non-open vascular surgeries), surgical duration (long and short based on the median duration of the 47 vascular surgeries), usage of lead as radiation personal protective equipment (RPPE), and usage of loupes by the surgeon.
The results of this study showed that the neck and trunk were the body segments with the most awkward postures and pain scores. Furthermore, mental workload was high across all surgical procedures. Further analysis showed higher neck angle and physical demand in the open procedures compared to the non-open procedures that could be attributed to procedural differences. Open procedures require larger incisions where the surgeon helps illuminate the surgical field with light from a surgical headlight or magnify the field of view using a pair of surgical loupes worn on the head. The illumination is achieved via a flexed neck posture, looking down into the surgical field, leading to the increased neck angle and pain scores reported in this study. Conversely, a greater portion of non-open vascular procedures involve the visualization of catheters progression through blood vessels displayed on mounted screens resulting in non-awkward neck postures and minimal upper extremity movement. The results also revealed that the lower back pain, mental demand, physical demand, complexity, and difficulty increased significantly for long surgeries. A possible intervention may be taking micro-breaks during the surgical procedure. Recent studies have found that intraoperative micro-breaks with exercises can reduce surgeons’ perceived fatigue and discomfort while causing little distraction from the workflow (Hallbeck et al., 2017, Park et al., 2017). The neck and lower back angles as well as the neck pain and physical demand were all higher in surgeries where loupes were used. It should be noted that these findings don’t necessarily indicate any causal relationship between using loupes and the postural exposure and workload because the surgical procedures with loupes and without loupes were not the same, the surgical duration also differed, and this was a cross-sectional study. The neck angle was smaller in surgeries were RPPE was used while the distraction was higher in these procedures. For the most part, RPPE is used in endovascular procedures, in which surgeons use minimally invasive catheter-based techniques to treat endovascular defects. Furthermore, X-ray fluoroscopy is used at the end of open vascular procedures to ensure complete restoration of blood flow. In these two surgical procedures, surgeons visualize the progress of catheters or blood blow restoration via movable screens mounted on the ceiling, on booms, or wheels. This gives them the flexibility to adjust the screens to eliminate or minimize awkward neck posture.
The results showed that the ergonomic risk of performing vascular surgery is high in vascular surgeons’ neck and low back. Additionally, our results showed that vascular surgery procedures are both physically and cognitively demanding. The ergonomically unfavorable postures and the pain scores experienced by the surgeons in the neck and trunk indicates a higher probability of developing long term musculoskeletal symptoms in these two body segments. Thus, future research should explore various ergonomic interventions to mitigate these risk factors. Interventions should be targeted at the surgeon’s neck and back for reducing the physical demand and pain. 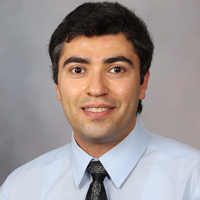 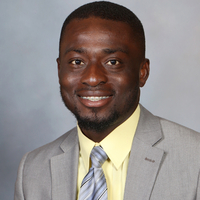 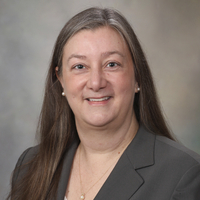 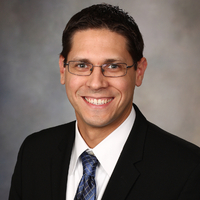