LocationPatient Safety Research and Initiatives
DescriptionSignificant and geographically remote injuries have historically been a logistically challenging scenario for first responders to provide rapid assistance to patients in need of medical support. Traditional ground transportation methods are usually subjected to high volume traffic in the case of accident response or inaccessible terrain in cases of remote accidents. Further, the lack of hospitals with the appropriate equipment and staff for certain injuries in rural areas dictate that the severely injured patients be transferred to distal hospitals for appropriate treatment (Wakefield et al, 2004; Nair & Gibbs, 2013). To mitigate some of the challenges helicopters are utilized as an aeromedical transport method to rapidly transport a patient from a scene of an injury to a hospital or to transfer them from one hospital to another (Weerheijm, 2012). Helicopter emergency medical services (HEMS) have subsequently increased in popularity for the past 40 years with the adoption of healthcare services, access to dedicated hospital helicopter landing pads, and helicopter medical services. Estimates show that this exponential increase in the use of the services expanded average HEMS flight hours from 25,000 flight hours in 1980 to 600,000 flight hours in 2017 (Blumen, 2009; FAA, 2017).

The current utilization of HEMS has been a source of contention due to the high risk that comes with helicopter travel. Helicopter medical services have a consistently high accident rate and the highest fatality rate of any flight modality (Blumen, 2009). Some argue that providing possibly severely injured patient’s medical care within the golden hour, a duration of the time believed to increase the survivability of an injury if treated, outweighs the small chance of an accident occurring (Pham et al, 2017). Others, however, argue that the over-utilization of helicopter emergency services, as indicated by Bledsoe et al’s (2006) meta-analysis showing 60% of all HEMS transported patients had only minor injuries, places far too much risk on the transport crews and patients. Prior literature has predominately focused on factors associated with fatalities resulting from HEMS accidents, due to the high profile nature of deaths in aviation accidents (Baker et al, 2006). However, little research has focused on investigating factors associated with non-fatal injuries as a result of HEMS accidents. We posit that this gap in literature may be responsible for limiting our understanding of what conditions and scenarios are conducive to HEMS accidents and injury severities. Analyses of HEMS fatal accidents do reveal some safety concerns that have been addressed by the National Transportation Safety Board (NTSB), whose safety recommendations have included the scenario-based HEMS pilot training, use of flame retardant materials, night vision capabilities, and others (NTSB, 2009). To further the understanding of the risks of HEMS transports, we performed an analysis highlighting the relationships between non-fatal injuries on HEMS crew and patients between June 30th, 2005 and April 26th, 2018 as well as a trend analysis of non-fatal injuries over this same period.

The prior literature has identified three specific factors that contribute to a higher likelihood of fatalities (i.e., hard-impact related) helicopter EMS accidents (Baker et al, 2006). Such factors include flying at night, flying in instrument flight rules (IFR) conditions, and the occurrence of a post-fire impact. However, and most concerning, none of these factors explain the high incident rate of HEMS accident-related injuries that consistently occur in September. The results of this analysis indicate that, based on the timeline presented, on average 1.4 crew members or patients on a helicopter aeromedical transport were injured as a result of a crash during this month.
A resulting action of the 2008 spike of accidents was the call to action by the NTSB for additional safety measures for helicopter emergency service aircraft. It is suspected that many of these machine-specific safety protocols have yet to be adopted due to logistical constraints (i.e., new flame retardant fuel tanks) and may not be implemented until new helicopters reach the HEMS organizations. Operator-related safety factors have been adopted. However, without an understanding of this disproportionally large number of injuries occurring each September from 2005-2018, it is impossible to determine if these safety measures will mitigate this concerning trend. Hence, we propose that future research should identify factors associated with injury occurrence, severity, and type.
Authors 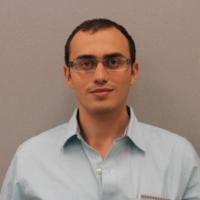 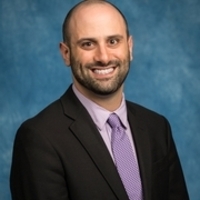