LocationEducation and Simulation
DescriptionDiabetes is a chronic medical condition that affects how a person’s body turns food into energy. In type 1 diabetes (T1D) a person’s pancreas produces little to no insulin, requiring daily insulin injections and/or an insulin pump. T1D is not preventable and there is currently no cure. Previously known as juvenile diabetes, T1D is typically diagnosed in children and requires daily monitoring and management. The younger the child with T1D, the more involved a parent is with their diabetes management—from checking their blood sugar and monitoring their food intake to administering insulin.

T1D has a large impact on everyday life and can pose a number of challenges for both children and their parents—especially for very young children and their caregivers (Streisand & Monaghan, 2014). Because young children extensively rely on their parents to help manage their diabetes, parents can face demands that many perceive to be overwhelming (Smaldone & Ritholz, 2011). Thus, there is a significant need for tools and technologies that can bring about meaningful psychosocial and management support for children with T1D and their families, especially for pre-adolescent children.

A patient-centered design company, Sproutel, has developed and produced Jerry the Bear®—an interactive augmented reality (AR) stuffed animal toy bear for children with T1D that is designed to provide children comfort and education about their diabetes management through play. The Jerry the Bear stuffed animal has colorful, AR-responsive patches sewn onto the outside of its fur, and children use a companion mobile app to interact with these patches which overlays digital images of virtual diabetes management tools on the physical bear in the real world. Children can practice taking care of Jerry through various care tasks, such as using a glucometer to check Jerry’s blood sugar or using an insulin pen or pump to give Jerry insulin. Sproutel received a grant from the Innovation Voucher Program administered by the Rhode Island Commerce Corporation to partner with us, the Brown University Humanity Centered Robotics Initiative (HCRI), to evaluate the potential psychosocial benefits of Jerry the Bear.

We set out to evaluate the AR device in an extensive research study that involved participation over the course of approximately two weeks; the overall research project spanned three years and involved a variety of healthcare, university, and industry partners and collaborators. The first aim of this project was to identify whether interacting with Jerry the Bear could bring about meaningful psychosocial changes regarding T1D for children and their parents. The second aim was to evaluate whether a new prototype version of Jerry the Bear (which featured onboard audio capabilities in the stuffed bear itself) offered additional gains over the current version of Jerry the Bear.

We ran two studies in which we gave Jerry the Bear to children between the ages of 5 and 10 years old. In the first study (lab study), parents and children (n = 11 children and a corresponding parent each) came into the laboratory and received Jerry the Bear. Children participated in two play sessions in the lab (approximately two weeks apart) that involved structured interviews with corresponding survey questions, while parents completed surveys during both sessions and an additional midpoint survey sent one week after the first lab session. Half of the children played with the new prototype bear in the initial lab session while half played with the current bear, but then all children took the current commercially available version of the bear home (the new untested prototypes were not deployed in the field); all children then played with the prototype in the final lab session. In the second study (remote study), the current Jerry the Bear was distributed to children at the end of two summer camps for children with T1D. Children took Jerry the Bear home, and parents (n = 14) opted in to participate by completing two surveys (approximately two weeks apart) about their and their child’s experience with Jerry the Bear at home without any in-person laboratory component. Although our final total sample (n = 25) was smaller than planned, thus cautioning against overinterpretation, the overall project generated a variety of insights across a number of topics of interest—including research on socially assistive AR devices, research on assistive technology for children, research with a highly specialized population (children with T1D and their parents), and longitudinal research with in-home device use. The research project studies were approved by the Brown University Institutional Review Board (IRB).

We offer two major takeaways from this work, the first broad and the second specific: (1) The results from the remote study seamlessly paralleled the much more time- and effort-intensive laboratory study. This points to considerable opportunities for similar in-home product deployment research, which can foster increased feasibility particularly for hard-to-reach populations. (2) We found that Jerry the Bear had a positive impact on children with T1D and their parents in almost all cases—in some, the impact was more neutral, but never markedly negative.

We start by looking at the comprehensive parent data collected in both the lab and remote studies. The positive impact of Jerry the Bear was clearly apparent in the data distributions, both consistently across the specific measures assessed at individual time points, as well as in the broader, more reflective questions in which parents gave an overview of their and their child’s overall experience. This held true for questions such as overall feelings towards Jerry the Bear, perceived attitude change towards T1D after interacting with Jerry the Bear, and perceived learning gains. Furthermore, parents’ open-ended responses provided additional insight into the context of their ratings. Several parents also identified a few areas of potential improvement for Jerry the Bear, which we will explore in more detail.

We then turn to the child data, available only in the lab study, but which confirm and align with this same narrative. Data obtained from children in the lab revealed that children generally enjoyed Jerry the Bear (i.e., the stuffed bear and its companion features in the mobile app). The data revealed that the children were very excited to play during the initial session, with a slight decrease noted during the final session after they had already experienced having Jerry the Bear at home during the intervening weeks. This suggests a slight excitement wear-off effect, but the sustained high ratings point to general device favorability. We did not find evidence for a consistent preference between the current Jerry the Bear and the new prototype.

The quality of the data obtained from the parents was much higher and more comprehensive than from the children, with the combined analysis of results from each child/parent pairing painting a complete picture of the overall participant experience. Overall, the data showed that the children generally had positive experiences with Jerry the Bear and pointed to some learning gains from their interactions with Jerry.
Authors 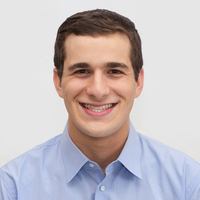 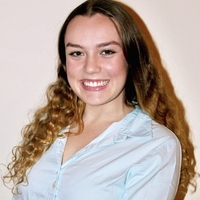