LocationPatient Safety Research and Initiatives
DescriptionCentral Line Associated Blood Stream Infections (CLABSI) are a type of preventable healthcare acquired condition. CLABSIs have both a negative impact on patients—including an increased length of stay—and a high financial cost for hospitals ($35,000-55,000/CLABSI).For these reasons, both individual hospitals and national/international organizations—such as the Children’s Hospitals’ Solutions for Patient Safety (SPS) Network—actively work to reduce CLABSIs.

Children’s Hospital Colorado has participated in SPS’s CLABSI reduction work since 2012. Our hospital uses an evidence-based bundle of cares for central line maintenance. The evidence-based bundle elements include: Daily assessment/goals; Dressing care; Cap change; Tubing change; Accessing the line; Bathing. Of note, the bundle elements focus on what is done, rather than how each step is accomplished.

Our Neonatal Intensive Care Unit (NICU) experienced an increased CLABSI rate in 2018 and 2019 despite 90% compliance with the bundle. Although the NICU had 99% compliance with the specific bundle element of cleaning the hub (“scrub the hub”), observations showed variation in how nurses clean the central line cap prior to access. To date, there are no technique-based guidelines for this process for cleaning with sterile alcohol wipes beyond disinfecting for 15 seconds with friction and allowed to dry for 15 seconds. One way that human factors can partner with traditional process improvement methods for reducing healthcare acquired conditions is to go beyond “what” is done to instead investigate “how” the work is accomplished through considering the people in the system.

The purpose of this project was to categorize specific techniques and correlate variations in techniques with efficacy of cleaning. We applied GloGerm to injection caps as a proxy for the physical attributes of germs. NICU nurses (N=16) were asked to disinfect the cap as they normally would while being filmed; of note, they were not aware of the GloGerm. We then administered a structured interview to assess perceptions of techniques. Finally, we showed the nurses the GloGerm remaining on the caps by using ultraviolet light and provided in-the-moment education as needed. The authors categorized cleaning techniques (e.g., time, finger motions, fingers used, total movements) using a data-driven approach.

Per hospital policy, nurses are supposed to disinfect caps for 15 seconds with friction then allowed to dry for 15 seconds. We identified gaps between knowledge and policy, where nurses on average thought they were supposed to clean the caps for an average of 16 seconds (range = 10-30 seconds). Actual scrub time during observation was greater with an average of 20 seconds (range = 11-34 seconds).

Nurses used a wide range of techniques for scrubbing the hub. We classified cleaning into techniques (14 different motions of finger movements), stages (moving from one technique to another), and total movements (aggregated each number of movements for each technique and stage). We observed nurses performing on average 3.2 techniques (range = 1 to 6), 9.2 stages (range = 1-22), and 38.2 total movements (range = 20-71.5). For example, two nurses used respectively: 27 vs. 61 total movements, 2 vs. 4 unique motion types, and 11sec vs. 22sec cleaning time. GloGerm commonly remained on the ridge on the top of the cap, indicating an area for improved cleaning.

In this study, we identified two emergent themes of timing and experience. Our NICU had recently switched from analog to digital clocks. While the new clocks allowed for easy viewing of the time in isolation, it reduced the ability to see relative changes in time (e.g., 15 vs. 30 seconds). In our study, multiple nurses lost track of when they started and chose to restart their count, leading to longer scrub times. Two nurses scrubbed for less than 15 seconds due to counting in their heads; both were bottom performance. In terms of experience, moderate experience was associated with the best performance. Some of the most experienced nurses focused on a single part of the scrub cap and stated that they had initially been trained differently.

Analysis is ongoing; further testing is needed to assess correlations between techniques and amount of remaining GloGerm. The three main lessons learned included: 1) The top of the cap was the specific part of the cap most frequently less clean, even when accounting for longer scrub times. 2) The threads of the cap are easier to clean, including that only perform a couple of twisting motions with friction was enough to be effective. This means nurses should likely spend more time cleaning the top of the cap rather than the threads of the cap. 3) Most nurses scrub for the minimum of 15 sections using friction as per policy, but that using an analog clock is better than using a digital clock which is better than counting in your head.

Although we were able to effectively categorize different techniques and evaluate efficacy of each nurse’s cleaning of the caps, there were multiple limitations with this study. First, we were unable to fully correlate techniques vs. efficacy. There are limitations with the friction-based GloGerm and we were unable to measure friction forces. Additionally, some nurses initially continued cleaning the caps when we were discussing techniques in the interviews; we were able to quickly intervene and in future observations were able to move the caps away from the nurses to prevent further interactions after initial cleaning. Our sample size for this study was very small due to limited resources. The biggest limitation, however, was there was no inter-rater reliability conducted—only one person ultimately coded techniques due to limited resources.

Moving forward, we plan to spread this work to both to other units in our hospital—and if findings are robust enough, to other hospitals. Within our hospital, we are spreading the results from this initial study via an annual computer-based education platform, with an additional plan to create a video to showcase best techniques for cleaning the cap. Nurses at our hospital are excited to learn about the findings in our NICU—every other unit that handles central lines has reached out to learn about our data and to ask to replicate this study for their area.

We can also use this method to compare different products. For example, if one cleaning product results in half of nurses being classified as “bottom performers” but a second cleaning product reduces that to one-quarter or less due to ease of cleaning, that would provide evidence for purchasing decisions. Ultimately, if testing reveals specific techniques and products that work best for scrubbing the central line cap, a practice change in “how” caps are cleaned above the current “what” is cleaned with friction could be promoted throughout the organization and SPS network to continue furthering CLABSI prevention.
Authors 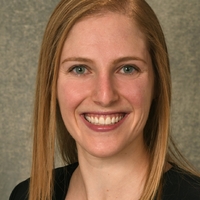 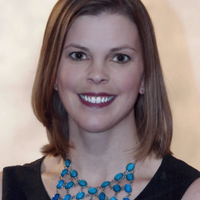