LocationMedical and Drug Delivery Devices
DescriptionEven well-conducted usability studies fail to uncover all reasonably foreseeable use-related problems. Note that we deliberately do not utilize the term reasonably foreseeable misuse. Usability studies, even well-conducted studies, almost always focus on foreseeable misuse, particularly use errors. There is no question that evaluating devices for use errors in realistic use environments and realistic use scenarios is vital in reducing use-related risk. However, use errors do not encompass all types of misuse. A user placing and then spilling a full coffee cup on a piece of medical equipment that is being stored in a hospital hallway would generally not be considered a use error. If it is, it would not be a use scenario evaluated during a usability study, but a design change to remove the flat, shelf-like surface could prevent this hazard from occurring. The broader term misuse still does not encompass all the ways in which a product’s design can fail to account for real users and real use environments and can lead to adverse events.

An easy illustration of this point comes from a MAUDE search for the keywords "user mishandling." This search yields hundreds of results within a single year. Most of these adverse events are labeled as Malfunctions, but some result in Injury. Although most of the Device Problems are not categorized as use-related, an assessment of event descriptions suggests that many manufacturers cite "user mishandling" as one of the root causes of the issue. However, we argue that "user mishandling" is often a failure of the design and engineering team to anticipate reasonably foreseeable user actions in the context of a realistic use environment. For example, many event descriptions identify scratches, dents, or other physical damage to the device as contributing to the adverse event, and cite “user mishandling” as the cause of this damage (e.g., “The minor scratches on the device and the physical damage are most likely a result of user mishandling of the device.”), but unless users are deliberately hitting the device, this damage is more likely to be caused by typical use in a typical use environment. We intend to assess at least one year of MAUDE complaints to present summary data and to highlight a few case studies in support of the idea that “user mishandling” points to a mismatch between the device and the users or use environment.

Although manufacturers may eventually determine through post-market research and adverse events that design changes can reduce injuries and malfunctions, adjustments to the manufacturer’s incorporation of Human Factors throughout a product’s lifecycle can help mitigate these issues. As a hypothetical example, a manufacturer of AEDs may begin to see a pattern of complaints of the device handle breaking. Based on this information, they strengthen the handle design in future versions of the product. The handle breaking could be considered a device defect and outside the scope of human factors and usability. However, early in the product development process, generative research and early involvement of the Human Factors team may have been able to suggest that in an emergency, users are likely to grab the handle and run with it, suggesting that the handle needed to be designed to be able to withstand a bouncing motion with forces from multiple angles. This input may have influenced the original design of the handle. It also suggests additional testing that could have been done later in device development to ensure the handle met the user need. Although manufacturers do already extensively test devices, they often use standardized, required tests, which often do not match realistic use scenarios. Armed with detailed information about use scenarios and use environments, manufacturers could choose to conduct engineering tests that more closely align with real use. Manufacturers and Human Factors teams should also be open to expanding what is normally considered within the scope of Human Factors teams during post-market research. Even if an adverse event does not result in user or patient injury, a human factors investigation can lead to product design quality improvements. All adverse event types (Injury, Malfunction, etc.) that are attributed to a device malfunction rather than a use error may be influenced by reasonably foreseeable “user mishandling.” Rather than simply citing user mishandling as the source of the malfunction when responding to complaints of event reports, Human Factors teams should be involved in order to investigate and to better understand the nature of the user mishandling to determine whether it could predictably happen again.
Author 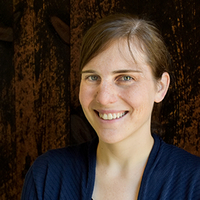