LocationPatient Safety Research and Initiatives
DescriptionPediatric Congenital Heart Disease in the Emergency Department:
Approximately one in a hundred children are born with abnormalities in the structure and function of their heart and its great vessels. Often, these abnormalities, broadly categorized as Congenital Heart Disease (CHD), affect the function of the heart, and increase the predisposition of these patients to acute deterioration and alter their response to conventional resuscitation. Nevertheless, the survival of these children has improved significantly over the years given the advances in diagnosis, intervention, and management. Most, therefore, live in diverse communities that are often remote to the specialized care centers where they may have received their corrective interventions. However, this greater distance to specialty heart centers means that when acutely ill, these patients would present to community hospitals and emergency departments (ED) where the expertise to understand their complex heart disease may be limited. While ED physicians have expertise in the acute management of patients given their training, they are not specifically trained in the acute management of pediatric CHD, and therefore not considered experts in this specific field (non-CHD experts). This is further complicated by the similarities in presentation between heart failure and certain common childhood illnesses which can further delay diagnosis of heart failure and even lead to inappropriate or delayed treatment.

A Novel Application of Macrocognition in Bringing CHD Expertise to ED:
While best practice suggests that these patients be cared for in specialty heart centers, this is not always possible. When pediatric CHD patients experience acute deterioration and heart failure, its often in the setting of intercurrent illness which can present with similar symptoms to common childhood illness which can lead to missed diagnosis of heart failure and delays in appropriate intervention. Clinical decision support systems (CDSS) can be used to mitigate some of the challenges associated with the acute management of these patients and augment clinicians’ decision making. However, it is not known whether the CHD-experts and non-CHD experts make similar decisions or make them in a similar manner when treating acutely ill pediatric CHD patients. Therefore, effective design of a CDSS require that we examine the nature of the differences in how non-CHD experts and CHD experts make decisions when diagnosing and managing CHD patients to address the knowledge gaps that may exist between the two groups. The cognitive work of workers who make decisions under complex settings and time constraints is studied using Macrocognition. This study technique has been used to investigate differences in decision making between novices and experts and therefore excellent for the purpose of this study.

Understanding the Macrocognition of CHD-experts and Non-CHD experts:
The macrocognitive functions and processes of CHD experts and non-CHD experts pertaining to the acute management of pediatric CHD is not known. It is also not known whether they use different data to aid their decision making. This understanding is fundamental in designing a CDSS that support both non-CHD experts and CHD experts decision-making.
To this end, a cognitive task analysis, using critical decision method, was conducted to explore the differences in non-CHD experts and CHD experts cognitive processes. Ethics approval along with written informed consent was obtained from the study institution.
Setting and Participants:
Expertise in CHD was based on physicians’ current specialty, their training, and experience caring for pediatric CHD patients. To better isolate the impact of CHD specific expertise on decision making, non-CHD experts were defined as physicians with training in acute management of pediatric patients and likely to encounter acutely ill pediatric CHD patients in their practice. Specifically, non-CHD experts were selected from pediatric emergency medicine staff physicians while CHD experts were selected from the pediatric cardiac intensivists from a large pediatric cardiac intensive care unit (PCICU). Both groups were recruited from a major quaternary pediatric hospital that performs hundreds of pediatric CHD surgeries and cares for some 800 pediatric CHD patients in its PCICU. As a major academic center, both the ED and the PCICU have university affiliated training programs.
Interview and Data Analysis:
Detailed one-on-one semi structured interviews were conducted using virtual conferencing platforms. Participants were given 2 hours to recall a clinical scenario from their experience caring for an acutely ill pediatric CHD patient and answer clarifying questions pertaining to the circumstances of their decision making. All interviews were audio recorded and transcribed verbatim and analyzed using NVivo software. A thematic analysis was conducted by two reviewers who coded interview transcripts deductively based on a priori macrocognitive processes identified from Klein and Schubert et al’s macrocognition frameworks, and inductively based on the identified emerging themes. Graphical timelines were developed to provide a detailed account of the decisions taken as the incident unfolded, as well as the cues and information that non-CHD experts and experts used. The summary of the thematic analysis and the graphical timelines were reviewed with participants to ensure validity.

Preliminary Results:
As of January 29, 2021, 6 CHD-experts and 2 non-CHD experts were interviewed, and their transcripts analyzed. One physician from a different institution with specialized training in CHD was also interviewed and considered as part of the CHD-expert group bringing their total to 7. There were also 1 CHD-expert and 2 non-CHD experts consented for the study with pending interviews and ongoing rolling recruitment which will lead to an 80% data collection by mid March 2021.
Preliminary analysis show that CHD-experts spent much of their time understanding the implications of the cardiac anatomy of the patient in the context of their clinical symptoms and presentation to understand the overall physiology or “why their patient was presenting the way they did”. They used this physiology to determine the appropriate management for the patient. CHD-experts also initiated multiple interventions in parallel to stabilize their patients while also collecting additional data to further support or refute the understood physiology. To this end, patients’ response to therapy was also regarded as additional data in ongoing sensemaking. This was in contrast with non-CHD experts’ focus on identifying a course of action. That is, non-CHD experts focused on investigating and understanding “what was going on with their patient”. CHD-experts had a very detailed recollection of their patients’ cardiac anatomy compared to the non-CHD experts’ who recalled broader aspects of the cardiac anatomy or who described the overall classification of heart disease. In addition, CHD-experts had a visual or quasi visual recollection of their patients’ hearts which was readily created in their minds’ eye while non-CHD experts described difficult visualizing these anatomies.

Long Term Impact of Research:
Acute management of pediatric patients with CHD is a cognitively heavy process both for CHD-experts and non-CHD experts given the risks and uncertainty involved in their management as well as the required pace of decision making and patient evolution. Understanding the differences in decision making and information processing among CHD-experts and non-CHD experts is important in not only the design of CHD specific CDSS, but also in medical training and education pertaining to this specialty. We anticipate the use of these findings in the design of a CDSS specific for acute management of pediatric CHD would lead to a more intuitive and informative design, whereby the expertise of a CHD-expert could be translated to the ED environment when needed. We hope to inspire the use of such an approach as part of the design process of future clinical CDSS.
Authors 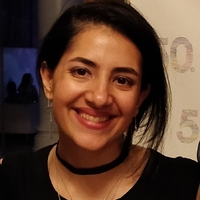