Background
Summative usability tests are arguably most impactful when they are conducted with the target user population in a realistic environment. However, this is not always feasible. Particularly in healthcare, a realistic testing environment is critical to developing a comprehensive understanding of the benefits and possible risks when implementing new equipment. This study concentrated on the usability of a newly purchased crash cart at one hospital system. Crash carts are used when patients are especially sick, and their heart stops, and they need to be revived. A specialty team with rotating membership, the code team, typically responds. Due to the infrequency and unknown nature of each code, there is a need for the contents of a code cart to be designed for all end-users, expert, and novice alike. The goal of this study was to assess areas of risk with the new cart design according to human factors and usability principles. We specifically focused on visibility of contents, organization of each drawer and its contents, and interactions of front-line users with the new equipment in a realistic environment.
In this study, we used two simulation scenarios to conduct a baseline test of a crash cart design. We then compared the updated layout with a second naive participant population. Simulation provided an excellent opportunity to further understand user requirements in a realistic environment and to allow front line users to conduct hands on assessment in repeated, validated scenarios.

Phase I
Scenario Development
Two simulation scenarios were developed based on common code scenarios (opioid overdose, myocardial infarction : (1) participants had to find Narcan (vial) and the supplies necessary (syringe, needle, flush), (2) participants had to find Atropine (box), Dopamine (drip) and the supplies necessary (tubing, flush). Tasks in each scenario were selected by a certified American Heart Association Advanced Life Support Class Instructor and Simulation Education Facilitator (AA). Tasks to complete were chosen based on a task analysis, and a desire to better understand the impact of drawer location changes and make usability-based recommendations.

Tasks
For this second assessment phase, pharmacy, materials management, and nursing incorporated the agreed-upon human factors recommendations from the first assessment report. A new participant population (N=9) of community hospital nurses was used in the second design assessment. Currently, all participants use crash carts, but they are highly varied in the way they are designed and set up. If the recommendations were an improvement on the effectiveness, efficiency, and intuitiveness of the design, observations with the new participant group would reflect an improvement in reducing our targeted metrics.
Participants received no training on the new crash cart. Participants were filmed for further analysis. Data collected included both qualitative and quantitative data. Counts for behaviors were gathered via video and included number of drawers opened, interactions, interaction errors, and time on task. After all tasks were complete for each scenario, a three-question survey were then given to participants to complete.

Results
Finding medications took the most time, had the highest number of physical interactions, and had the most errors to complete the task. By adding medication tray compartments and taking the ownership of properly labeling the drug vials, we observed these metrics to decrease closer to an optimal path. The implemented phase I recommendations proved to show a reduction in all metrics (time, interactions, errors) in a novice user population.
The supplies for all drawers were arranged with guidance from staff feedback and overall design goals to increase organization and visibility of supplies. For example, the “Airway” drawer held many bulky items which makes it impossible to organize successfully in a narrow drawer, closer to the top of the cart. By moving the supplies down to a deeper drawer, the visibility of supplies improved. Participants could visualize the supplies before physically interacting or rummaging through the drawer.
Furthermore, unexpected incidental findings during Phase II uncovered serious design issues with supply placement from phase I recommendations. During one scenario, a normal saline flush wedged in between the second and first drawers in the back of the bin. This made it impossible to open the second drawer without the first drawer is opened, resulted in blocking access to the second drawer. Such problematic encounter would cause serious delays to patient care in a urgent situation.
Authors 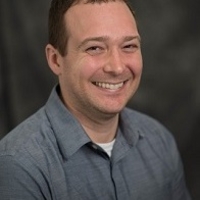 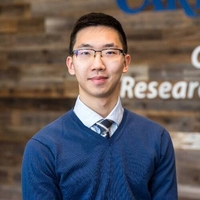 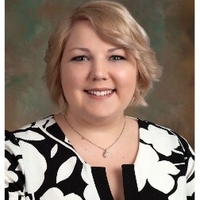