LocationHospital Environments
DescriptionDespite the extraordinarily high fall rate and the astonishing costs in both life and dollars each year, we know little about the risk to patient safety as they egress from a hospital bed. As we know, patient falls contribute to injuries that lead to decreased mobility, prolonged hospital stays, and even fatalities. We know from past studies that the majority of elderly patient falls are preventable and occur in a patient room during bed egress [1, 2]. Yet our knowledge of patient egress from hospital beds is limited. Researchers are denied access to recorded actual patient falls, and, therefore, cannot perform a biomechanical investigation. To fill this gap in knowledge of bed egress falls, this study explores the biomechanics of fall risk episodes (FREs) which serve as a fall proxy in our harnessed frail elderly participants during bed egress. Specifically, the purpose of this research was to study the effect of hospital bed height on the fall risk associated with bed egress of the frail elderly.

The sit-to-stand-and-walk (STSW) task was evaluated from the first movement upon verbal directive to stand and walk through gait initiation. STSW, defined by Taylor, et. al., includes Stand Preparation (SP), Stand Initiation (SI), Stand (S), and Gait (G) phases, as well as Stabilization and Gait Initiation subphases [3]. By evaluating the Stand Preparation phase, difficulties in initiating a stand (i.e. achieving a successful seat-off) are differentiable from difficulties in safely moving from rising to walking.

Because participants were protected from falling by using a harness, both visual and biomechanical metrics were used to identify points of instability. Fall risk episodes (FREs) served as a proxy for falls during bed egress. An FRE is defined as a visually observed point of instability that could have resulted in a fall. Corrective behaviors (CBs) in conjunction with a significant jerk2 (Sjerk2), were used as biomechanical identification of a potential fall. A CB is defined as an intentional movement that results in the correction of performance posture to maintain or regain balance. Sjerk2 was defined as the third derivative of position whose value was above a threshold of 250 (m/s2)2. Biomechanical stability metrics evaluated include torso angle, angular momentum, and head and feet positions. Regression models along with chi-square analyses were used to determine the various relationships between factors and the model accuracy. Interactions were considered to be significant with p-value ≤0.05.

Results and Discussion
Analysis showed statistical significance (p=0.005) between FREs and STSW phase with the majority of the FREs occurring during the Stand phase. Chi-squared analysis showed no general relationship between bed height and FRE type (STSW Phase when the FRE occurred). However, when considering only FREs during the Stand phase, there was a significant relationship (p=0.005) between bed height and FRE frequency, with the majority of FREs occurring at low bed condition and the least FREs occurring at medium bed height condition.

On average, CBs were used by all participants in all phases of STSW. The average number of CBs increases as the individual’s fall-risk increases. The majority of CBs occurred during the Stand Preparation and Stand Initiation phases (275 (40.6%) and 343 (50.6%), respectively), with only 84 (12.4%) occurring during the Stand phase. The greatest number of CBs correlates with the low bed condition for all fall-risk levels. In addition, the percentage of trials with a pause following seat-off also increases with increased fall-risk. Thus, as an individual’s fall-risk level increases, they increasingly compensate for instability during STSW by using CBs and pausing prior to initiating gait. These characteristics could be monitored over time for deterioration in STSW performance. Identification of this change could trigger a warning to caregivers to increase support for successful STSW transitions. In addition, when performing a standard Timed-Up-and-Go (TUG) test clinicians could identify those who demonstrate STSW characteristics, and thus a higher fall risk, including multiple CBs during stand preparation and/or a notable pause between sit-to-stand and Gait Initiation.

The irregularity of movement, defined by Sjerk2, was consistently greater across all movement phases for the low bed condition. The highest angular momentum during egress from a low bed occurred during the Stabilization Phase. This key finding suggests that when a patient rises from a low bed, not only is there greater fall potential defined by higher Sjerk2, but the head is more forward than the feet (Head-Feet Position) during the Stand phase, creating a higher risk for a forward fall prior to gait initiation. This head forward position then requires the generation of a higher normalized whole-body angular momentum to extend during the Stabilization subphase, creating an increased risk for a backward fall, or a failed sit-to-stand movement.

NOTES:
Elderly patient fall rate estimated between 3.3 and 11.5 falls per 1,000 patient days and a rising trend of 3% annually with a cost of more than $50 billion each year.

Unanticipated physiological events, such as a heart attack or fainting, cause unpreventable falls. These types of falls account for about 18% of patient falls.

The TUG test assesses mobility according to the time it takes for a person to rise from a seated position, walking three meters, turn around, walk back, and sit down. 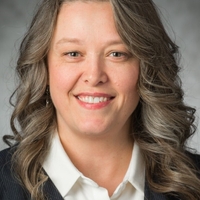 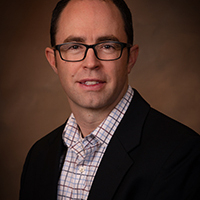