LocationPatient Safety Research and Initiatives
DescriptionBackground.
Clear understanding and transparent communication of the effectiveness of medical interventions is vital for medical decision making among both physicians and patients, especially at a time when shared decision making is increasingly emphasized. However, the perception of the medical intervention effectiveness can be altered by the presentation format of numeric information despite the same medical intervention effect. The presentation format effect in the risk communication among health professionals is a robust phenomenon that relative risk reduction (RRR) is more persuasive than absolute risk reduction (ARR) or number needed to treat or screen (NNT or NNS) although they have the equivalent mathematical information. For example, consider the following example in the context of cancer screening: 4 out of 1,000 people die if they do not take a cancer screening, whereas 3 out of 1,000 die if they do take the cancer screening. The effectiveness of the cancer screening can be described; the RRR is 25% (0.25=(4/1000–3/1000)/(4/1000)); the ARR is 0.001 (4 out of 1,000 – 3 out of 1,000 = 1 out of 1,000). The inverse of this ARR produces an NNS of 1,000 (=1/0.001), implying that to benefit 1 person from the cancer screening, 1,000 people are needed. For the last decades many researchers in healthcare have examined the format effect using various scenarios. In the previous empirical studies, while RRR was mostly presented as larger numbers (e.g., “25”% risk reduction), ARR or NNT (or NNS) was presented as smaller numbers (e.g., “1” in 1,000 risk reduction). If larger magnitude of numbers with containing the same information are used in ARR (i.e., “100” in “100,000” risk reduction), how would the phenomenon change? In the medical intervention communication literature, few studies gave attention to the magnitude of the numbers in the formats. The present study aimed to examine whether the presentation format effect would be mitigated if ARR was presented in larger numbers.
Methods.
Physicians (N=77) were assigned to one of the two groups to be presented with the three formats (RRR, ARR, and NNS) describing the effectiveness of the cancer screenings. The difference between the two groups was the magnitude of numbers of the ARR either the reference-ARR (1 in 1,000 death reduction) or larger-number-framed ARR (100 in 100,000 death reduction). The dependent variables were 1) perceived effectiveness of the cancer screenings, 2) intention to recommend the screening, 3) understandability, and 4) preference. Perceived effectiveness and intent to recommend the screenings to patients were measured using 7-points Likert scales and understandability was measured by one multiple-choice question.
Results.
The patterns of the means were shown that RRR had the highest mean ratings than the reference-ARR, and NNS on the both perceived effectiveness and the intention to recommend the screening for their patients in line with the previous studies. Larger-number-framed ARR had higher ratings than reference-ARR. When compared to with the larger-number-framed ARR, RRR had somewhat higher ratings than those. For understandability, many physicians translated from the other formats into ARR correctly, whereas some had difficulty in dealing with ARR. For the preference, ARR was the most preferred format.
Conclusions and take away points.
The previous medical research has argued that RRR is the more impressive than ARR or NNS. However, there has been a lack of research examining the magnitude of stimuli besides the nature of the presentation formats. Because larger magnitude of numbers have been mostly used in RRR whereas smaller magnitude of numbers have been used for ARR or NNS (or NNT), the current research manipulated the magnitude of number of ARR as larger vs. smaller (i.e., reference). The results showed that RRR is more impressive than ARR in line with the previous studies, but the larger-number-framed ARR increased the perceived effectiveness of the medical intervention and the intention to recommend the intervention compared to the reference-ARR despite the two ARRs having the same mathematical information. This suggests that the presentation format effect can be mitigated or soften by the magnitude of numbers. To clear and transparent risk communication, it is important to consider not only the types of the presentation format, but also the magnitude of numbers in the presentation formats.
Authors 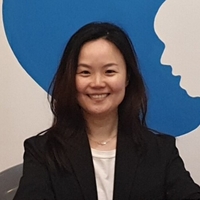