LocationHospital Environments
DescriptionWe present the results of a qualitative interview study exploring the psychological impact of the workplace environment in critical care. The critical care workplace environment is comprised of several components, including staffing levels, the physical structure, presence of services support and resources. If these factors are not optimised, it can lead to cognitive dissonance and strain for the individual, feelings of isolation, staff members being forced to act outside of their comfort zone and feeling unsafe (both in terms of patient and staff safety).

There is a significant body of research exploring the impact of the physical layout of the working environment within the healthcare setting, with a particular focus upon the consequences of nursing patients in single rooms. It is generally concluded that single rooms are beneficial for patients, but that there are potential disadvantages for the nursing staff, both for team dynamics and increased workload. These studies are often focused on a general ward setting, and generally from the viewpoint of the patient – both in terms of patient experience and patient safety.

It is well known that healthcare staff are under high levels of strain, with increased numbers of staff reporting low job satisfaction and increased intention to leave the profession. Karasek’s “Job Demand Control Model” (1) highlights that workers are at highest risk of mental strain & negative psychological outcomes when they are faced with a significant workload and job demands, but with low decision latitude (defined as “the working individual’s potential control over their tasks and their conduct during the working day”).

This qualitative interview study aimed to explore the attitudes to safety in critical care workers. One subsection of the interview topic guide focused upon the impact of the workplace environment, including the physical structure, availability of resources and staffing levels. During the thematic analysis of the qualitative data we explored how the psychological consequences of working in such an environment manifested, and how they mapped to the Job Demand Control Model.

Methods
Staff members across the multidisciplinary team of three critical care units within one NHS Trust in London, U.K. were recruited using a purposive sampling technique. All participants provided consent and took part in a qualitative interview; the project had prior Health Research Authority approval. Recruitment ceased when thematic saturation was achieved.
Audio interview files were transcribed and analysed using a thematic analysis technique, facilitated by NVIVO software. Data were extracted and coded, leading to the formation of a thematic framework encompassing elements of the workplace environment and the possible resulting psychological impact. Following this the data extracts were re-reviewed and mapped to the Job Demand Control Model, leading to the generation of analytical themes.

Results
Thirty staff members were recruited, with the multidisciplinary team (nursing, medical and physiotherapy staff) and all levels of seniority being represented proportionally. Several key themes relating to the aspects of the working environment that were significant emerged. These included staffing, physical factors (including unit layout and infrastructure), shift patterns, senior support and the availability of resources.
Data coded within these themes were evaluated for evidence of any impact on participant’s psychological well-being. Once identified, these were subsequently related to the concepts presented within the Job Demand Control model – namely the presence of increased job demands and the level of decision latitude experienced.
Features of the working environment that led to increased job demands included inadequate staffing and a lack of physical beds. The physical layout of the workplace impacted the demands placed upon the workforce in a number of ways. Those working in a multi-bed bay found their workload increased as a consequence of the requirements of other high acuity patients being nursed by colleagues. In single rooms, being unable to leave a patient unattended could lead to challenges in getting help. Moving patients to accommodate nursing ratios was a physical burden for the nursing staff and caused increased mental strain and confusion for medical staff.
Areas of low decision latitude reported included a lack of control over the volume or intensity of the incoming and established workload but still having to find ways to manage this with inadequate resources. Problems with infrastructure (such as broken doors) were also identified as causing feelings of low control, especially if raised concerns were not acted upon. Individual staff members were not able to control their allocations for the shift – which could result in a mismatch between patient acuity and nursing skill, isolation of the staff member in the side room and individuals feeling out of their depth with respect to their own ability. This allocation also extended to those working around them – with individuals also reporting being influenced by other staff members’ stress, particularly when working in the open bay.
The high levels of job demand and low control / decision latitude identified within the data appeared to manifest in participants reporting high levels of stress and individual perceptions of their own inadequacy. Negative language was used repeatedly, with terms such as “worthless”, “frustrated” and “terrified” being used to describe how staff members felt about their ability to do the job.
The analysis also yielded examples where the workplace environment had a positive impact on the staff members. This was often linked to the amount of control they had over their job demands, including appropriate matching of nursing skill to patient acuity and being able to focus upon the patient without distraction.
This data facilitated the generation of a framework illustrating the key areas identified within this analysis and a pathway demonstrating potential opportunities for leaders / senior members of the team to provide junior members of staff some control over their environment. Many of the factors identified are unmodifiable (such as patient acuity and availability of beds), but this framework provides suggestions on how to mitigate the feelings of loss of control and low decision latitude in areas that may be amenable to change.

Conclusions
The findings of this qualitative study demonstrate the potential for negative psychological consequences in staff working in critical care. Our data showed that this can be related to the increased demands created by the interaction of high workload and the workplace environment.
The thematic analysis in this study provides a framework of areas identified as causing high job demands and low control within the critical care environment, as reported by staff members. Areas which can be focused upon for change include giving individuals more choice regarding their work allocation & location for the day, improved communication between management and staff members regarding concerns, infrastructure improvements, increased support to those isolated in single rooms and increased visibility of medical staff.

In order to minimise the negative psychological consequences that can manifest in staff members working in challenging clinical environments, the focus should be upon providing staff members with control and improved decision latitude. Whilst improving resources and consequently patient safety remains paramount, individuals with high job demands and high decision latitude have been shown to demonstrate high levels of job satisfaction. Given the ongoing pressures and challenges faced in healthcare, reducing job demands is unlikely to be a realistic goal in the near future. Leaders and managers wishing to mitigate the effects of these stresses on their staff can use the framework to identify areas where control can be increased for team members, leading to improved decision latitude and thereby reducing the psychological strain created by the workplace environment.
1) Karasek Jr RA. Job demands, job decision latitude, and mental strain: Implications for job redesign. Administrative science quarterly. 1979:285-308.
Authors 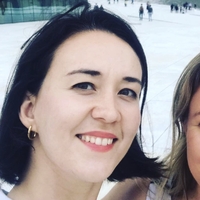