LocationDigital Health
DescriptionBackground: Mental Health conditions come with a negative social stigma that affects sufferers by influencing them to not seek help in fear of being deemed “crazy” or “unstable”. This shame comes attached to a second limitation which is the high costs of receiving mental health services in the United States. When combined, these two issues serve as valid reason not to take care of mental health problems, which ultimately create more problems that affect sufferer’s overall quality of life.

When looking into the current adolescent population, we can observe a rise in the number of anxiety and depression cases that in many, have led to suicide. The social stigma and families not being able to afford mental health care for them weight in significantly in the outcome of these issues. Minority populations, especially youth, are affected by these issues. Utilizing digital health solutions, by combining the predictive models with health technologies, could support the delivery of proactive and active intervention on mental health conditions for the vulnerable populations. Hence, we would like to investigate potential digital health solutions to support the diagnosis and treatment of depression and anxiety among Hispanic minority youth.

Characteristics of Hispanic Minority Youth: Hispanic youth in the United States make up a third of the total Hispanic population (ages 10 to 17). They are also the youth group with the highest number of mental health issues and suicide attempts compared to their peers in other ethnical groups. Within this population, females have a higher recorded number of suicide attempts over their male counterparts. The vulnerability of the mental state of this population could be amplified by several social issues such as immigration, discrimination, poverty and cultural identity (Ramirez, Gallion, Aguilar, & Dembeck, 2017).

Lack of Digital Health Interventions for Hispanic Minority Youth: To acquire the literature for this research, an extensive search was conducted in multiple databases including, PubMed, PsycInfo, Scopus, DBLP, ACM and IEEE. To conduct this research, the keywords used include the combination of (“mental health”, “anxiety” and “depression”); (“technology”, “mobile technology”, “mHealth”); and (“hispanic”, “underrepresented”, “adolescent”, “latino”, , “minority”). This search was conducted during a period of one month between June and July 2020.

We found that there is a gap in the literature that focuses on the use of technology specifically to treat and diagnose mental health issues in Hispanic youth populations. The current literature on mental health technological interventions focused on adult populations in their interventions. Digital health interventions have been applied to the proactive intervention on mental health conditions. For example, researchers utilized social media posts to identify potential suicide attempts by adults in South Korea. Some studies also utilized GPS and wearable technologies that allow healthcare practitioners to monitor patient symptoms, including physical manifestation of mental health issues, to prevent risk behavior such as suicide attempts, and to bring immediate intervention to episodes such as panic attacks. Digital health interventions have also been applied to active intervention on mental health conditions. For example, one study implemented interventions on smartphones to provide interactive dialogues for training self-care skills, improved learning about their mental health conditions, offering assessments for panic attacks, suicidal intentions and symptoms of various conditions, and supporting communication with therapists (Miralles et.al. 2020). Another study conducted with a young adult population (avg. 22.2 years old) presented positive outcomes (e.g. decrease in depression levels) for college students with depression and anxiety when being treated with the cognitive behavioral therapy delivered by a digital chatbot (Woebot) (Fitzpatrick, Darcy, & Vierhile, 2017). Despite the fact that the literature has shown that there is a significant inclination for youth toward the use of mobile apps and social media sites, these technologies have not been researched for use to diagnose or treat mental health conditions within this population, showing a significant gap in the literature.

Future Implications: By implementing mobile technologies as a new method to assist Hispanic youth with their mental health care, it will be possible to address the gap in mental healthcare access for this underrepresented population. Given the socio-economic difficulties that contribute to Hispanic youth mental health issues, the use of mobile apps that do not require internet access and other services such as SMS interventions, have the potential of being successful alternatives or additions to traditional therapy. This will allow them to have a personalized, affordable and private access to the evidence-based treatment where in-person treatment with a therapist creates a significant financial burden to the low-income family. These interventions will also motivate and empower youth to take control of their mental health and understand the importance of doing so.

Takeaway: Given the potential benefits for the Hispanic youth population, this research aims at identifying the opportunity to an innovative approach to deliver mental health services, increasing awareness of the importance of healthcare accessibility, and specially, bringing to light the growth in mental health problems in the minority youth population.
Authors 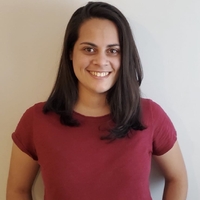