LocationDigital Health
DescriptionAs the population ages, demand on the health care system will increase when people experience declines in their ability to perform everyday living tasks. Consequently, older adults may require assistance as they age in place to enable them to meet their needs in their home environments (Rogers et al. 2020). Innovative technologies have potential to support older adults as they face challenges with domestic tasks, yielding independence and possibly lessening the increased demand on the healthcare system (Coughlin & Lau, 2006). Specifically, domestic robots have the potential to address a variety of common challenges older adults encounter and provide support to maintain independence.
Technology acceptance is a critical component to domestic robot adoption and usage for older adults (Davis, Bagozzi, & Warshaw, 1989). However, little is known about how older adults imagine robots assisting with healthcare activities to maintain independent living. Some evidence reveals that older adults are interested in assistive robots for home support (Smarr et al., 2013), and would adopt robots in that context (Ezer, Fisk, & Rogers, 2009). However, adoption of commercially available domestic robots remain low (Aerschot & Parviainen, 2020). Moreover, there are mixed findings about older adults’ preferences for the appearances of robots and the task(s) that they would like robots to assist with (Walters et al., 2009; Wu et al., 2012).
This mixed method study design was used to investigate older adults’ preferences for robot appearance and use-cases for domestic healthcare needs by using surveys, interviews, and card sorting activities. Further, a holistic approach (multiple robots and multiple tasks) was applied to encourage the older adult participants to think broadly about the possibilities of appearances and tasks robots could assist with.

During the familiarization phase, participants indicated their initial insights and thoughts about each robot shown. Comments focused on two themes 1) enhancing independent and limiting reliance on person assistance and 2) a burden relief on care partners. Some of the positive themes about robots assisting in the home for health care activities included not needing assistance from others: “… it replaces the apparent need that they have for a full-time or part-time attendant. You don’t have one.” or “… it would be beneficial to not have to wait for a caregiver to arrive to carry out that action of getting out of bed or getting into the bathroom”. Other comments discussed benefits of robot assistance as a safer way for care partners to assist as well stating “… it’s hard on people that working in nursing homes, it’s a really hard thing [transferring]”.

The card sorting was completed in three different task type contexts—with this there were patterns for each task that were observed qualitatively. ADL tasks and EADL tasks showed consistencies in needs whereas the IADL tasks were more difficult for the older adults to discuss, given the breadth of task requirements in this category. Themes fond in the card sorting tasks were consistant in the general interview.
For the ADL tasks, we found that the older adults consistently thought about size as a key factor. To illustrate, one participant stated “Well, PR2’s size I think was his winning attribute. The other two looked equally useful but are smaller.” Another stated “… so I think this is a no-brainer, PR2 would be first because of its size.”
For EADL tasks, the participants felt that the robots needed a form of communication or social abilities. Robots with verbal communication abilities were ranked in the top three positions during the card sort 66% of the time. Participants stated, “it can communicate with me” and “… I would prefer something that could talk to me.”
However, consistent themes were not observed during the IADL tasks. The participants indicated that, due to the very mixed needs of this task category, they were unable to generally form a decision for the task-type as a whole. Some participants stating things like “…each of these tasks ae very different… meaning you can’t pick one.” and “very different tasks calling for different kinds of abilities…”

Perceived Benefits
Participants indicated that they perceived domestic robots as particularly useful for people that experience disabilities or that have a high fall risk. The participants mentioned a few scenarios where a disability may increase the need of a robot (e.g., “…be very helpful if you were living alone… not have to rely on having a person to help you with transitioning.”). Participants could see benefits for others with a disability but not necessarily for themselves (“…somebody else with different types of needs because of their disability…”). Other participants saw the robots as beneficial to them for safety, one participant stating the robot (PR2) would be useful in the case where a fall happened, and they either could not get up or hit their head; a situation where they needed ‘rescuing’. One participant stated “… in the particular case where I had fallen and hit my head or couldn’t get up…”.
Positive sentiments stemmed from their desire to maintain independence. One participant elaborated on this notion stating “… if I became disabled and had a choice between remaining independent… and going into a place… that might be preferable”. Other positive comments relevant to healthcare related to not having to reveal things to a human helper, behavioral issues with a care partner that they are less aquatinted with, and less reliance on others for transferring/weight bearing tasks.
COVID 19 was also a discussion point among three of the participants. They shared a focus on the benefits of continued care and support to live independently during a pandemic, fear of illness, and maintaining their safety. Participants stated, “But then the COVID thing happened, and I was so afraid of illness…” Specifically, one participant stated, “I don’t want to bring the COVID virus into my house with this for sure… so a robot would be nice.”

IMPLICATIONS FOR DESIGN
The holistic approach allowed us to be cognizant of what older adults’ needs, attitudes, and preferences for domestic robots were in the context of different task types. By utilizing mixed methods, we were able to identify patterns that would not be apparent through one method. These data provided insights into what older adults think about 1) the appearance of the robot when assisting with health care tasks, 2) the health care tasks the robot could assist with, 3) and the user groups they felt the robots would be most useful.
Our study revealed that there was an emphasis on appearance factors (e.g., size) for ADL tasks and the social/communicative component was preferred for robots doing EADLs tasks. Further, this study revealed that traditional categories of everyday living tasks, specifically IADLs, might not be best suited when designing a robot; rather, there is a need to consider the specific task requirements (e.g., socialization, dexterity, strength).
Authors 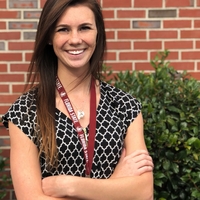