LocationPatient Safety Research and Initiatives
DescriptionThis presentation will provide background and research outcomes for a student-led multi-University wearables design project with the FDA Human Device Interaction Lab. This research project spawned from the FDA’s interest in studying mobile Apps used to collect information about a patient’s function outside of a laboratory setting. This is particularly important from a research perspective as it allows knowledge to be gathered about the reliability, safety, and efficacy of such devices, which can later inform human factors guidelines and regulatory review. While there is a wide range of applications for remote monitoring of patient function, this project focuses specifically on devices used to track movement of individuals suffering from upper or lower limb impairment.

The goals of this project are to (1) develop a prototype App on a mobile device that can capture accelerometer and gyroscope data as an individual executes an upper or lower body performance test and (2) design a mobile device holder to systematically assess the impact of device orientation on accelerometer and gyroscope signals captured from mobile devices during human movement. While these performance tests are typically performed by the patient in a clinical environment under clinician observation, it would be advantageous to collect movement data from patients performing tasks in their home on a more frequent basis. Advancements in integrated sensors in digital technologies, such as accelerometers and gyroscopes in smart phones, allow for the “digitization” of these performance tests and can provide a more quantitative assessment of function.

Student teams were required to develop an innovative design solution to be later prototyped and deployed in the FDA Human Device Interaction Lab. Given the interdisciplinary nature of the design process for this particular application, two student teams encompassing both hardware and software development disciplinary backgrounds collaborated on this project. An undergraduate student team from a University of Maryland (UMD) Mechanical Engineering Capstone Course focused on the concept development, design, virtual prototyping, and virtual testing of the physical components for the rotatable body worn mobile device holder (goal #2). A graduate student team from a North Carolina State University (NCSU) human factors psychology course focused on the app design, prototyping, and usability testing for later integration in the wearable mobile devices controlled by the experimenter (goal #1). A summary is provided for each team’s design and research outcomes.

Hardware Development (UMD Student Team): The physical design of the mobile device holder system involves understanding the impact of mobile device orientation on sensor output for two different smartphones: Apple iPhone X and Samsung Galaxy S10. To adequately compare signal output of these devices simultaneously, both devices need to be positioned in the same location and orientation on the body. The mobile device holder system must also rotate both mobile devices from 0 to 180 position in 15 increments without removing mobile devices from the holder or the body. The UMD student team followed a product development process taught in the Capstone Design course, moving from conception development to design decision making and finally prototyping and testing. In addition, at each phase of the process, human factors considerations are integrated starting with requirements elicitation and then more formal quantitative analyses as prototypes are developed.

Analysis methods used in the design decisions include the House of Quality, Pugh charts and Analytical Hierarchy Processing which helped to identify the most effective design decisions based on refinement of customer requirements and engineering characteristics. Task analyses were developed to determine the impact of a design alterative on cognitive and physical effort. The activity decomposition broke down physical and cognitive tasks into discrete steps, which included observable physical maneuvers (rotation, grasping, lifting, etc.) and non-observable cognitive tasks (visual sensory, comprehension, analysis, etc.). The task analysis led to the identification of critical tasks along with design modifications (reduction of steps, re-positioning components for accessibility). To further quantify design risks, a Design Failure Modes and Effects Analysis was performed, with a particular emphasis on direct and indirect failures involving user interaction.

Software Development (NCSU Student Team): The system developed by the UMD team must be used to hold and manipulate mobile phones that display critical information to the experimenter throughout the test. It is important to develop a mobile App with clear instructions to the user such that these tests can be performed correctly without guidance from a clinician and the data captured from a mobile device are consistent. The goal of the mobile app development is to lay to groundwork for the digitization of a selected performance test (Timed-Up-and-Go) that can be used in the home environment without guidance from a clinician. Initial market research was performed to determine existing Apps that capture patient performance during the TUG. Next, App wireframes were developed (i.e. 2D illustrations of the mobile screen interface that show how people will interact with and use the App) for a digital TUG test, followed by usability testing to assess the effectiveness of the preliminary App design in communicating the information to the end user.

The NC State students applied human-centered design processes and principles for the design of the TUG smartphone application. Their graduate course led them through four phases of project design: Understanding the user and the task, prototyping, collecting data with users, and presenting their iterated design results in a professional forum. The students first conducted a literature review, and learned there were no comparable applications for consumer use. They then researched the target uses of a TUG task to develop personas that would guide their prototyping process. Using their knowledge of the user and the task, they performed a task analysis of the TUG task with coding for each step in terms of the type and seriousness of error possible at that step. The students used the knowledge gained from persona development, the task analysis, and their background in human factors design principles to create wireframes of the application screens using Mural, an online prototyping program. This allowed the team to collaboratively plan and iterate each screen, following principles such as increasing target size for important speeded actions and a high contrast font (among other age-related design considerations). Once visualized, InDesign was used to create a static prototype of the final application. For remote user testing, Axure RP was used to create ten interactive screens that simulated the application on a smartphone. 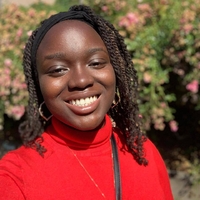