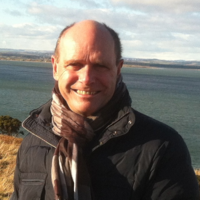 Biography
Ron McLeod has more than 38 years experience working as a Human Factors specialist in safety critical and high hazard industries including defence, nuclear, rail, oil and gas and chemicals. He was Royal Dutch Shell’s Global Discipline Lead for Human Factors from 2007 to 2014 and now works as an independent consultant.
Ron has an Honours degree in Psychology, an MSc in Ergonomics and a Ph.D. in Engineering and Applied Science. He is a Fellow of the Chartered Institute of Ergonomics and Human Factors (CIEHF) and holds positions as Honorary Professor of Engineering Psychology at Heriot-Watt University, Edinburgh, and Visiting Professor of Human Factors at Loughborough University, School of Design.
Ron has been influential taking an active, and regularly a leadership, role in Human Factors initiatives by organisations including the International Oil and Gas Producer’s Association (IOGP), the Society of Petroleum Engineers (SPE), the UK’s Process Safety Advisory Committee (PSAC), the Energy Institute (EI), the Centre for Chemical Process Safety (CCPS) and the Chartered Institute of Ergonomics and Human Factors (CIEHF).
Ron has published numerous articles and peer-reviewed papers both in industry publications and scientific journals, on aspects of managing Human Factors. His first book “Designing for Human reliability: Human Factors Engineering in the Oil, Gas and Process Industries” was published in 2015.
Ron has been a Trustee and Member of Council of the CIEHF and is on the Board of Directors of the SPE’s Human Factors Technical Section. He has been an SPE Distinguished Lecturer and has served as a committee member for the US National Academy of Sciences, Engineering, and Medicine. In 2020 he was awarded the CIEHF’s Otto Edholm award for Lifetime Achievement.
Presentations
Oral Presentations
Investigating the use of Bowtie Analysis as a Prospective Risk Assessment technique in healthcare